Equalizers are the tools that give control over the low, mid and high levels of sound. They can be found on all types of audio devices, from children’s toy keys to grandma’s radio and all the way to advanced studio gear. Because of its occurrence in all these devices, adjusting the EQ has been labeled a basic tool and a DJ pastime by most. You don’t see a car’s EQ being frantically adjusted very often.

While grandma may adjust the EQ on her radio once or twice and leave it be, for the DJ, EQs are the bread and butter of a good night’s work.

Even DJs view EQs as a basic tool and some mostly use it only as a gain instrument for a particular frequency of sound. Sure, there are tons of FX with individual parameters and countless advanced features that I use in future.dj pro, but at the end of a party it’s always been the EQs that I’ve used the most. Regardless of what you mix, killing the bass of the song that’s playing and introducing the next track only by bringing up the bass will always sound smoother than just pressing Sync and hoping for the best. If you’re using a MIDI controller, some of them have EQ KILL buttons which can come in handy for a more abrupt equalizer control.

Making a smooth mix can rarely be achieved by leaving up bass frequencies from both songs. Experiment by cutting the high/mid/low frequencies of a song and replacing them with a balanced amount from another track. Push too much and your mix will look like these birds: 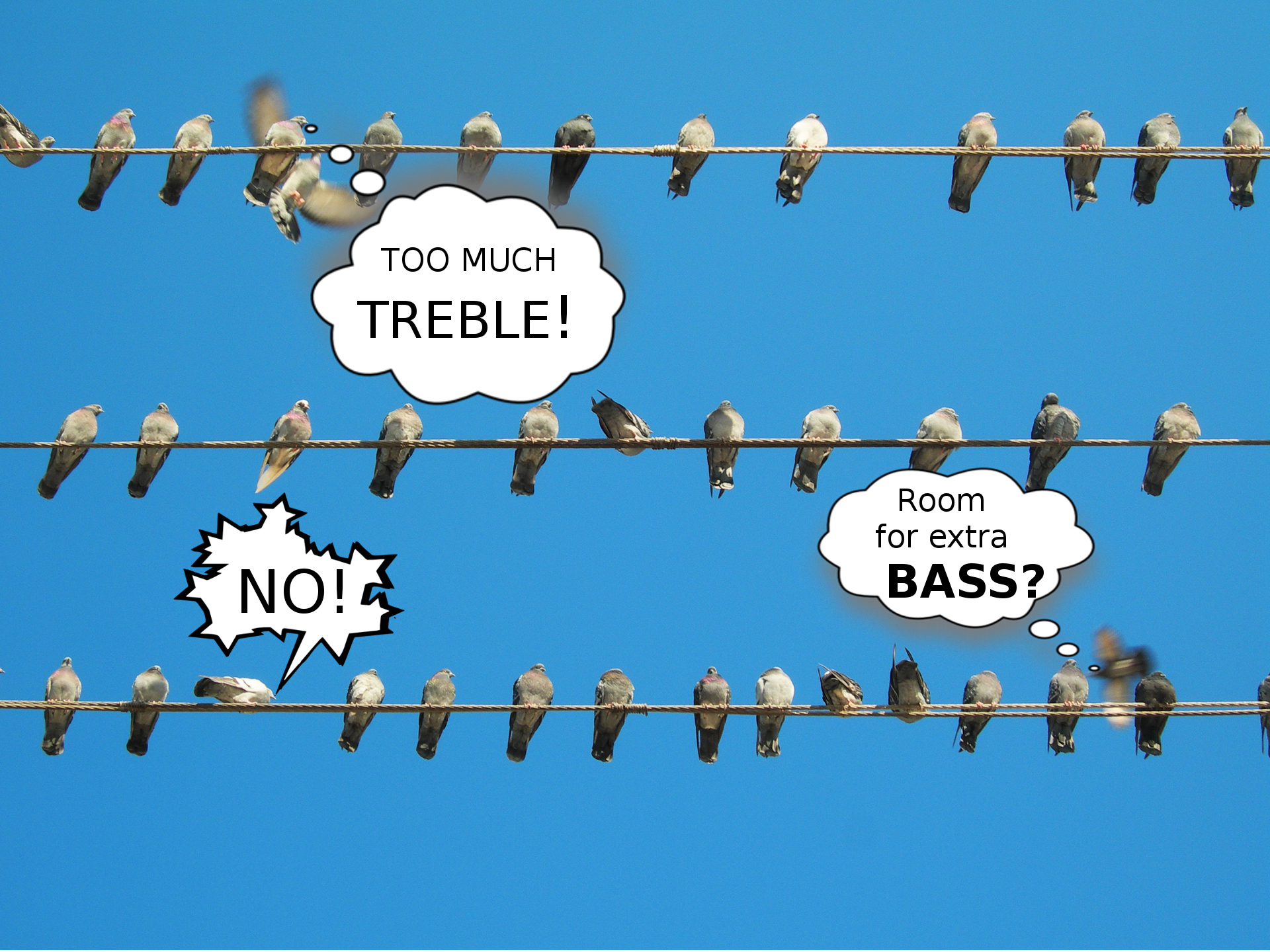 Controlling the EQs has been woven into our DJ nature so deeply that you won’t see any live stream from a party in which the DJ doesn’t use the EQ knobs. However, some DJs out there have been seen pretending to twist the knobs all cool like, without actually adjusting anything. Why?! Because IT LOOKS COOL! And because this is what most new DJs perceive when watching their favorite DJ grabbing those knobs; most do it because they’re being filmed.

So much so, that grabbing the EQ knobs has become somewhat of a “Look! I’m doing something!” DJ pastime.