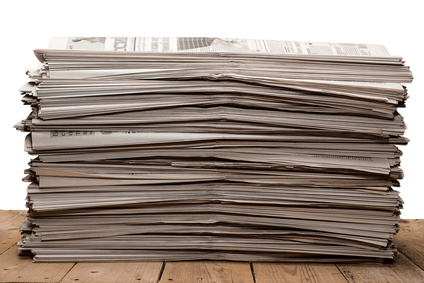 This is an archive of old news from previous versions of our website. We included them simply for references purposes.

-23-August-2015
Our brand new website redesign is ready. Everything is new and updated.

-25-July-2015
We have released future.dj 1.2.5 for Mac (MacAppStore update is still pending) and PC. We included a brand new BPM detection engine (for compatibility reasons the old BPM detection is still on by default) and karaoke “Next Singer” list (it shows the first 3 singers available). We have added support for WAV+G files (wav+cdg and zipped wav+cdg) and support for drag & drop files from Explorer/Finder to the current-list or the side-list. There are also several bug fixes and optimisations.

-18-December-2014
We have released future.dj 1.1 for Mac (including the MacAppStore) and PC. This version brings extensive performance optimizations and stability improvements. It adds iTunes 12 compatibility, greatly improved tags support and better search.

-08-October-2014
We’ve just released future.dj for Mac and PC. This is a completely new app that replaces our old FutureDecks DJ mixing software.

-18-December-2012
FutureDecks DJ pro 3.5.0 was just released – we have a brand new flexible audio routing, 11 new controllers supported from American Audio, Beyond Music, Denon, Faderfox, Hercules and Stanton. There is a global lists search mode now and the video engine is further improved. Numerous other improvements and fixes. More details in the History section of FutureDecks DJ pro. Free upgrade.

-31-August-2012
We’ve just released Future DJ for iPad and iPhone. You can get the new 1.1 version from the AppStore. There are a lot of new features like XY effects pad, sampler, recording, etc.

-27-August-2012
We have completely redesigned our website. More sections (and products 🙂 will soon be added too. Stay tuned!

-24-December-2011
FutureDecks DJ pro 3.0.3 released – another brand new 4-decks skin (user interface) and new controllers supported from Vestax and Pioneer. This update is a free one. More details in the History section of FutureDecks DJ pro.

– 04-March-2011
We’ve just released Future DJ for iPhone/iPod touch – our DJ mixing software for iOS devices. This is a brand new software and you will just love DJ mixing on an iPhone using Future DJ.

– 22-December-2010
FutureDecks Pro 2.0.5 was released including mp3 encoding (mix export) and several bug fixes. Please take a look in the FAQ section on how to enable MP3 saving.

– 07-December-2009
FutureDecks Pro 2.0 – major release including brand new features is now available. Free upgrades for all purchases made after Aug 1st. Check out the History page of each product for details.

– 19-August-2009
FutureDecks Pro 1.5.1 and FutureDecks Lite 1.5.1 released at the same time.
This version fixes some problems with the previous 1.5.0 release. Check out the History page of each product for details.

– 09-August-2009
FutureDecks Pro 1.5 released.
Major release which includes new features. This is a free upgrade.
Check the new features and changes in the History page.

– 17-March-07
B-DJ version 1.2 released.
This is mainly a stability fix release but there is also native VST support added.

– 09-February-06
We released FutureDecks Lite 1.1.0. This update version has many bug fixes and better stability and performance. Also very important for MAC users, this is an UNIVERSAL BINARY release working for new (Intel) and old (G4/G5) Macs alike.

– 12-January-06
Order online the FutureDecks Lite version now, and you will receive a substantial discount when the FutureDecks PRO version will be released. More details and free demo downloads for Mac and PC.

– 09-August-05
We released FutureDecks Lite 1.0.1. This update version has iTunes support, drag&drop from Windows Explorer/Finder to the Playlist and from the Playlist to each Deck\’s display. Several small bugs were fixed.

– 01-August-05
After more than 1 year we finally updated our website. There is new and updated info about our products, including a forum.

– 01-July-05
First beta version of FutureDecks Lite ready. This new affordable yet powerful DJ mixing software will run on both MacOSX and Windows. First release is expected next month.

– 31-March-05
The B-DJ + BCD2000 software/hardware DJ solution was presented again by Behringer, this time to the european public at the MusikMesse in Frankfurt am Main, Germany.

– 20-January-05
The B-DJ software (by XYLIO) and the BCD2000 hardware DJ controller (by Behringer) were revealed to the public at the NAMM Show Winter in USA, and will reach the market in 3rd quarter 2005.