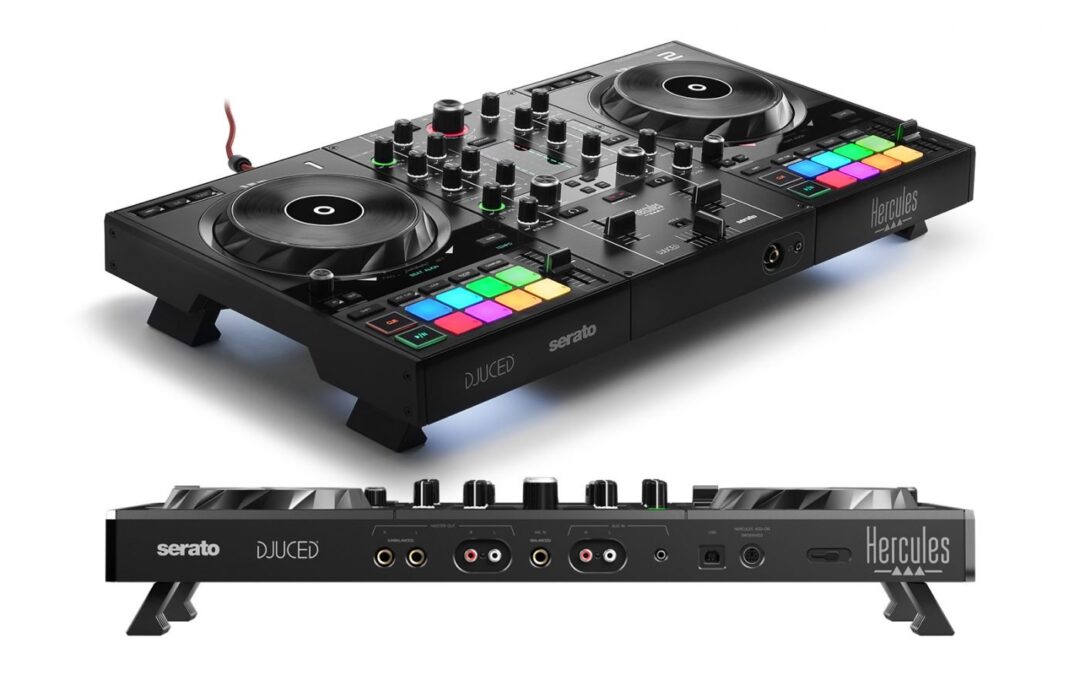 Future.dj pro adds support for a brand new controller from Hercules (released just a couple of weeks ago), the Inpulse 500. This is probably the best DJ controller Hercules has released thus far – the general feeling is of a high-quality controller. It looks pretty nice and it’s even nicer in-the-flesh than in the picture).

All the buttons press firmly with a satisfying click – especially the 16 PADs which are RGB. They can be different colours depending on the mode they’re in. What also sets this controller apart is the auxiliary and microphone inputs which have dedicated knobs on the controller and also display the input level/clipping.

As with the Inpulse 200 and 300 before it, we also have the very interesting BEATMATCH GUIDE feature (that we fully support in future.dj pro) and that, when activated, will literally guide you to do a manual mix. It shows (by using up and down LEDs) if you need to move the pitch/tempo fader up or down to match the BPM of the tracks. It will also guide you to nudge/bend (move the jog-wheel) to align the beats. In addition, we also added a feature of our own where we use the ASSISTANT to tell you if you have achieved perfect beat-matching. The big led at the top (under the browser/energy knob) will act as a semaphore going red, yellow and green once the mix is just right.

Note that for the moment we don’t support all the PADs Perfomance Modes in future.dj pro 1.8 but we will soon release a new version with full support for all the 8 modes. This new version will also include the script (no need to install separately). In the meantime you can download the script/mapping and copy it to the Controllers folder (see Preferences/Cfg > General > Data Folder > Controllers)