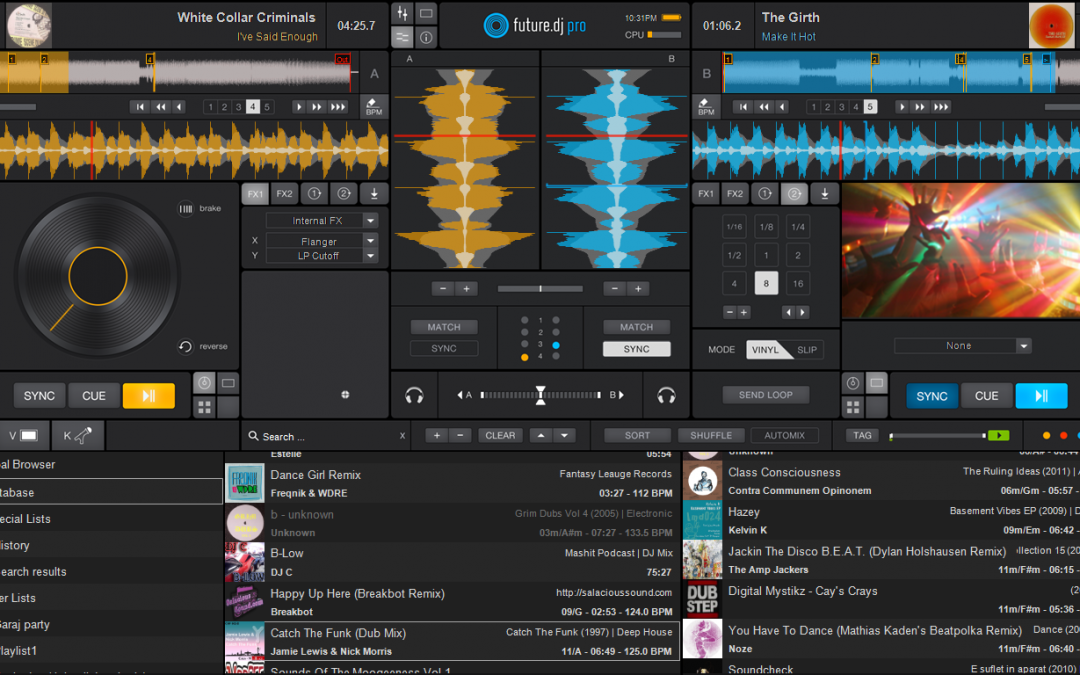 This is mainly a release for Mac users (but keep reading for Windows stuff too). We have full support for both macOS 11 Big Sur and the brand new Apple Silicon Macs. Our app is now a universal app for Mac as it runs natively on both Intel-based and ARM-based Macs. We have also made some Metal rendering improvements which means future.dj pro 1.8.2 runs even better on your Mac.

Now, for something that you will appreciate if you host Karaoke (on Windows or Mac). We’ve added a new option (enabled by default) for the Karaoke Singers List. The singers rotation is now fixed – meaning that a new singer is always added after the last singer in the rotation. This is very helpful if you are a KJ since it automatically manages the list for you, no more manual list work needed. Stay tuned for lots more karaoke features in the near future.

As usual this is a free update. Simply download and install the latest demo version from our website on top of your existing (older) version. If you already bought it it should come up as the full-fledged version. If you bought it from the Mac App Store the update should be available early next week automatically (once approved by Apple).

P.S. support for Apple Silicon Macs is still experimental at this stage as we really need more time testing the app on these new Macs